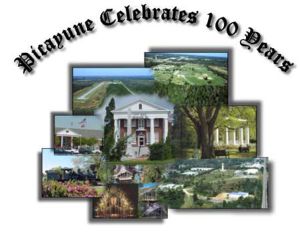 Truly, we take pride in our city's motto; "A precious coin in the purse of the South."  Named for a Spanish coin called a picayune by the French inhabitants of New Orleans, the city was originally chartered in 1904.

Then known as a railroad stop on the Norfolk-Southern line where steam engines were added for the trip north, up the steepening grade, the city quickly grew at the height of the timber boom as giant stands of virgin yellow pine were cut and shipped all over the world in the early 1900s. 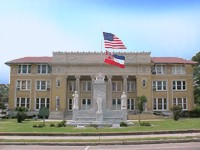 Pearl River County was officially organized by an act of the Legislature in February, 1890, on lands taken from Marion and Hancock Counties.
Prior to the establishment of Pearl River County, a rail line, the New Orleans and Northeastern, was built through the area, and it aided greatly the area's population growth.

Picayune Main Street, Inc. invites you to join us, a group of volunteers, who participate in and work to advance a new vision for our community. This vision encompasses renewed and thriving retail and service businesses, professional and government offices, and restaurants. Our vision includes downtown revitalization, a new walking track for citizens, new lighting for our downtown area, and comfortable benches for sitting. A downtown area people feel comfortable to live, work, shop and play.